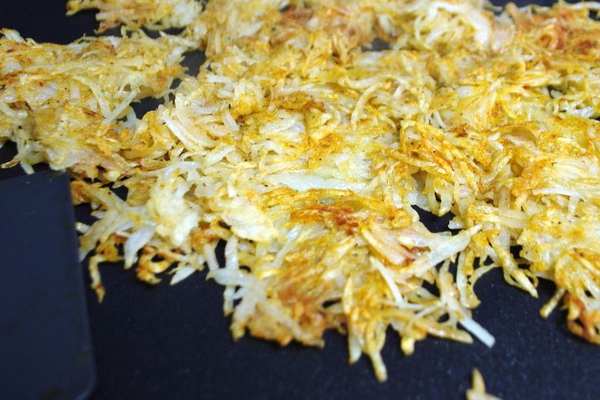 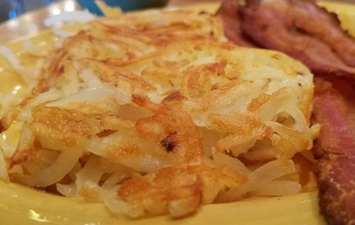 How to cook hash browns on a griddle

Of course, you can always purchase pre-made hash browns to make preparing breakfast a real doddle. However, making your own hash browns at home is an extremely simple process. If you want to add an extra layer of flavour, you could add some finely chopped onion into your hash brown mix. However, this is not vital for a really yummy hash brown. Here is our foolproof recipe for making hash browns if you are a beginner. 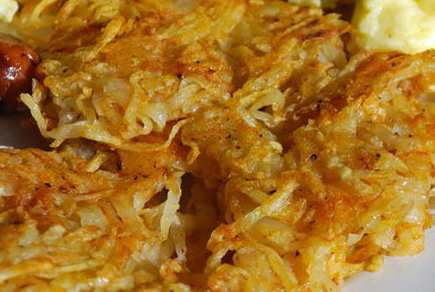 What temperature do you cook hash browns on a griddle?

A medium-high heat is ideal for cooking hash browns. As you want them to be very crispy and golden, the oil has to be sufficiently hot. On the other hand, if you notice your hash browns are browning very quickly or the oil is spitting, you will need to turn the heat down a little to avoid burning. 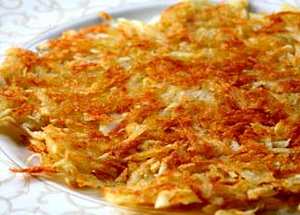 How to cook frozen hash browns on griddle

The method we described above will also work perfectly well if you want to cook ready-made hash browns from frozen. However, you will need to cook them for a little longer as they will need to defrost and cook at the same time. Around 4-5 minutes on each side should work fine as long as the hash browns are not especially thick. 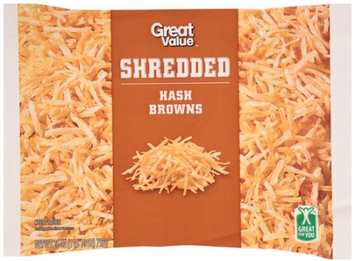 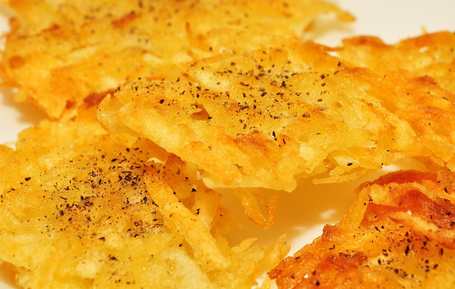 Can you cook hash browns on a grill?

There's really no reason at all that you can't cook hash browns on a grill. However, it is harder to control the temperature on a grill than it is on a griddle. Also, you run the risk of your hash browns dropping down the gaps between the grate. Therefore, we recommend cooking hash browns in a pan on the grill to prevent this from happening. You'll need to keep a closer eye on your hash browns to make sure they don't burn. 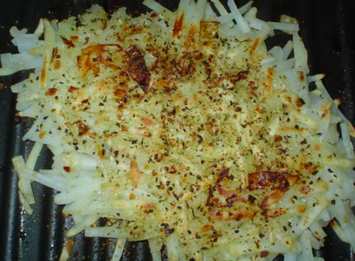 No griddle? No problem! If you have a skillet instead, that will work perfectly well for cooking hash browns. Simply follow our directions for preparing hash browns on a griddle and you should still achieve delicious and crispy results.

What to put in hash browns?

The only non-negotiable ingredients for hash browns are grated potato, salt, pepper, and oil or butter to fry them in. That being said, you could swap grated white potatoes for grated sweet potatoes for a twist on a classic. Very finely sliced onions or bell peppers can also add a bit of extra flavour and variety to your hash browns. 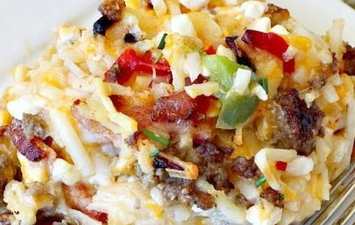 By their very nature, hash browns are pretty quick to prepare. However, the part that can be more time consuming is shredding or grating the potatoes. This process can be sped up by using the grater attachment on your food processor to shred them in just a few seconds. Also, if you really want to prepare hash browns in a flash, you can use pre-prepared hash browns that can just be popped on the griddle and cooked.

Also, never be tempted to cook hash browns on an even higher heat to get them to cook quicker. What you'll end up with are hash browns that are burnt on the outside and raw on the inside.

What kind of oil do you use to make hash browns?

Any type of cooking oil that has a high smoking point and a neutral flavour are just fine for cooking hash browns. You could also use melted butter, which will give them a richer flavour. Olive, canola, rape seed or sunflower oil will all work just fine. Some people even like to use coconut oil for cooking hash browns, as it has additional nutritional value and loses it's coconut flavour when it's heated. However, hold the extra virgin olive oil for dressing salads or dipping bread into. This oil has a strong 'olive-y' flavour, so unless you absolutely love the taste you probably won't want to cook hash browns in it. 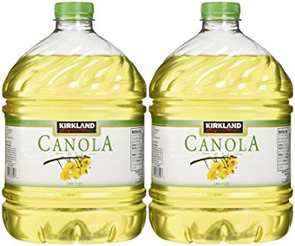 How do you flip hash browns?

Flipping hash browns can be a little tricky as they have a tendency to fall apart. Of course, this won't be a problem if you use pre-made hash browns, as they are packed more tightly together using a machine. Using a non-stick griddle with a non-stick spatula can make this easier. Flip carefully and try not to lift your hash browns to any height. 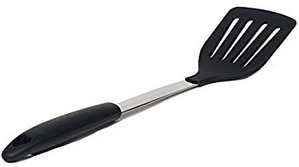 How do you make crispy hash browns?

There are three tricks that you can use in order to make your hash browns as crispy as possible:

How do I get my hash browns to stick together?

If you're having trouble getting your hash brown mixture to hold together, help is at hand. Some recipes suggest using a little egg or a sprinkle of flour to bind the hash browns. This will work, but you can get the hash browns to stick without adding any extra ingredients. Instead, try grating your potatoes more finely. The smaller the strands of potato, the more easily they will stick together when you cook them.

Why do you soak hash browns?

If you want very crispy hash browns, you can rinse the grated potato before you form your hash browns. Why bother? Well, soaking the potatoes removes any excess starch. This will help your hash browns stick together, and also help them to become more crispy as you cook them. Don't soak pre-made hash browns! This will just make them wet, and they won't crisp up. 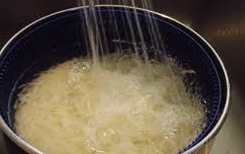 How do I shred potatoes for hash browns?

You have two options for shredding potatoes to make hash browns. If you want to do it by hand, you can use a regular cheese grater to shred the potatoes into fine ribbons. However, if you're lucky enough to have a food processor, this is a much speedier option. Just use the grater attachment and feed the potatoes through in chunks. With this method, you can shred your potatoes in a matter of seconds.

Why are my hash browns sticky?

If your hash browns are sticky, you have either used too much egg (if you used a recipe that required it), or you haven't squeezed all of the water out properly. If you don't get out every last drop, your hash browns won't fry to a crispy texture. Instead, the water content of the hash brown will cause them to steam. This will result in a soggy, sticky hash brown. Therefore, it's worth spending a little extra time and effort making sure you have got rid of all the water you possibly can.

How do you reheat hash browns?

Reheating hash browns is an extremely easy process. You can reheat them by popping them in the microwave for 30 seconds or so. However, you will lose some of the crispiness. Alternatively, you can simply reheat them on the griddle or so for a couple of minutes each side. If you prepared the hash browns a while ago, check they haven't gone bad before you reheat them.

Whilst you can cook frozen french fries on a griddle, it's probably not the best or the quickest method. Ideally, you would deep-fry them in oil or oven-bake them. However, if you still want to cook your frozen french fries on a griddle, check the pack instructions to see if this is possible and, if so, how long to cook them for. You will need to add quite a bit of oil to get them to crisp up properly.

Fried potatoes and onions on griddle

This recipe makes a delicious addition to a cooked breakfast, or a yummy side dish to accompany meat or fish. It's also extremely easy to prepare and is a fantastic way to make use of your griddle. This option has proved to be popular with both kids and adults alike, making it a sure-fire favourite with every member of your family. This recipe yields enough to feed 4 hungry people.

Hopefully, you now know how to cook hash browns on a griddle. Whether you are making your hash browns from scratch or buying them pre-made, using a griddle is a great way to achieve hash browns that are golden, crispy and delicious. They make a fantastic accompaniment to cooked breakfasts or even your evening meal. Furthermore, you now now that it is possible to cook a wide variety of other potato-based dishes on your griddle. So, now you're ready to start cooking delicious hash browns, french fries and even fried potatoes and onions on your griddle!